During this current financial crisis; amidst the single most important Presidential election in my voting lifetime, where the future of the country, nay, the world may lay in balance/teetering on the edge of oblivion, I would like to point us towards a more daunting and disturbing fact:

THE DEAD GIRL FROM POLTERGEIST IS IN A TV COMMERCIAL 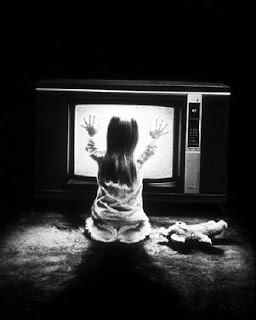 I'm really sure what the commercial is trying to sell me, nor do I care. All I know is that Craig T Nelson agreed to appear in an ad alongside THE DEAD GIRL FROM POLTERGEIST. So to him I say:

It takes a brave actor to stretch his acting chops by performing in a scene with an actor who died 20 years ago at the tender age of 13. Why, her acting skills were at best those of a 15 year old! And now, her soul floating in the hereafter for two decades, how much better could her "acting-is-reacting" talents have possibly gotten? So it all falls on Craigers. And pull it off? Does he EVER!

I'm half-tempted to buy whatever-the-thing-is that THE DEAD GIRL FROM POLTERGEIST and the ubiquitous star of "The Killing Fields", "The Ghosts of Mississippi", and - his greatest tour de force performance prior to the commercial WITH THE DEAD GIRL FROM POLTERGEIST -"Coach" is selling, sight unseen. Why, the way he deadpans to camera as her lithe, tiny frame stares at him with the soulless eyes of a demon from the foot of the bed is the hilarious delivery that sends my shopping urges over the edge! His wry, mildly exacerbated reads of his lines as he continues to ignore the weakening, frail, and quite frankly, DEAD LITTLE GIRL absolutely leaves me in awe!

If you have yet to have seen this masterpiece in the flesh, please click below. And remember to dim all lights and wait until the stroke of midnight to watch it!

Ultrarunner Karl Meltzer's adventure across the Appalachian Trail that began in mid-August ended 2 days ago. His attempt to break the thru-hike record was met with challenge upon challenge: A bout with Trench Foot sent him to a hospital for examination and medical care, and painful achilles tendonitis made his every step excruciating as he ran and hiked some of the most beautiful and technical trails this country has to offer.

Karl reached the finish on September 29th after 54 days, 21 hours, and 12 minutes of relentless forward motion.